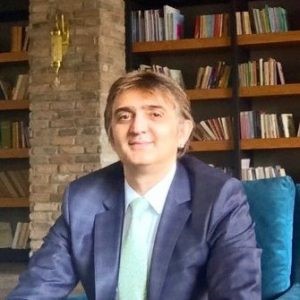 Mustafa Edik is an Independent GMP Consultant and Auditor.

After graduating as a Chemist from university, Mustafa began his 25 year plus career as a Laboratory Supervisor at Bayer, a German Pharmaceutical Company. After 15 years of working as a Quality Assurance Assistant Manager, Laboratory Supervisor, Pharmaceutical Quality Management Systems, and GMP Lead Auditor, he decided to continue his career as a Consultant. He has served the Turkish Atomic Energy Authority (TAEA) as Principal GMP Auditor and Consultant for 6 years. TAEA was audited by the Republic of Turkey Ministry of Health and granted GMP Certificate for 5 Radiopharmaceuticals. This success has won great acclaim from all health authorities and industry.

While he was the Vice President of Quality and Technical Operations at a Quality Academia Training and Consultancy firm, he acquired and converted it into a 100 % Turkish Company. As the only IRCA Certificated Pharmaceutical Quality Management Systems and GMP Lead Auditor in Turkey, he currently conducts API, Excipient, Packaging Materials Suppliers and Manufacturers, Third Party Logistics Service Providers, Sterile and Non-Sterile Manufacturing Facilities Audits according to FDA, EMA, PIC /S, TMMDA, MHRA, TGA Health Canada, and WHO regulations and guidelines.

He finished his second university degree in Biopharmaceutical Sciences BSc (Hons) at Atlantic Technological University - Ireland. He is the author of chapter 6 of the book published by PDA named “Good Distribution Practices” and he is preparing his latest book on ‘GMP Audits’ which will be published by Taylor & Francis in 2023.

An Introduction to ISO 22716 - GMP for Cosmetic Products

This course has been designed to provide an essential overview of GMP in the production and manufacture of cosmetics. It will be particularly useful for Pharmaceutical and Biotech companies/personnel considering entering this market and it will also provide an opportunity for those who need to refresh their knowledge about the requirements. The programme will cover all aspects of the ISO 22716 standard and will include practical application examples. The critical points to be considered in the cosmetic production process will be addressed and there will be plenty of time to discuss the complexities involved.