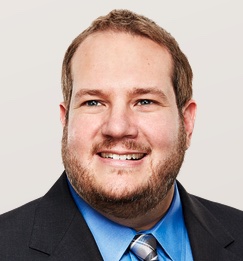 Anthony’s litigation experience is expansive. He has been admitted pro hac vice to practice in, for example, the District of Nevada, District of Delaware, and Eastern District of Texas. He has also participated in over a dozen ITC investigations and appeared in over a half dozen ITC hearings. He has had key responsibilities in all aspects of litigations, from the initial pleading stage through discovery, motions, claim construction, and trial. Anthony has experience working with a broad range of technologies, including mechanical, electrical, medical devices, commercial devices, automotive components, and gaming.

Aside from litigation, Anthony provides strategic guidance to clients on infringement, validity, and enforceability issues, along with post-grant proceedings and licensing negotiations. He has given lectures on intellectual property law around the world, including in the United States, Asia, Europe, and the Middle East.

Anthony currently serves as an associate adjunct professor at American University Washington College of Law, where he teaches a course on intellectual property practice at the ITC. During law school, Anthony spent a semester externing for Judge Arthur J. Gajarsa at the U.S. Court of Appeals for the Federal Circuit. Before practicing as a lawyer, he worked as an environmental engineer and project management expert in the wastewater treatment and construction industries, respectively.

Focus on the drafting skills and legal and commercial issues to be considered when drawing up international IP agreements.