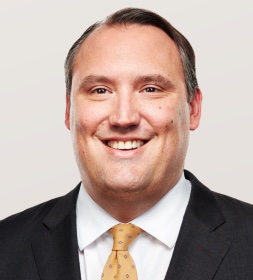 Brian Kacedon, Partner at Finnegan and based in New York, is a recognized authority in IP transactions. He has drafted and negotiated hundreds of agreements across all technologies and is designated as a Certified Licensing Professional (CLP). Brian has also successfully litigated multiple lawsuits and arbitrations based on his extensive transactional experience.

Brian focuses on patent and technology licensing and litigation. In his transactional practice, Brian assists clients in conducting market assessments for their patents, conducts licensing negotiations, drafts licensing agreements, and participates in related litigations. He routinely negotiates and drafts complex license and collaboration agreements for both small and large pharmaceutical companies, many with total payments of hundreds of millions of dollars. Brian’s experience includes setting up and directing international patent licensing and enforcement programs, including one that resulted in more than 500 license agreements.

Over the course of his career, Brian has drafted hundreds of patent, know-how, and software license agreements as well as joint development, collaboration, and settlement agreements for many industries, including pharmaceutical, medical device, software and consumer electronics. He has assisted several leading technology companies in negotiating and drafting licenses for wireless technologies, as well as navigated related standards-setting issues.

Brian has extensive experience litigating agreement disputes. He has appeared as counsel in multiple litigations and arbitrations, including a trade secret misappropriation, for clients in industries ranging from pharmaceuticals to semiconductors. Brian has also been retained as an expert witness relating to the interpretation of license agreements.

Focus on the drafting skills and legal and commercial issues to be considered when drawing up international IP agreements.