Thorogood Publishing's link to The Beatles - more than a top tenuous one! 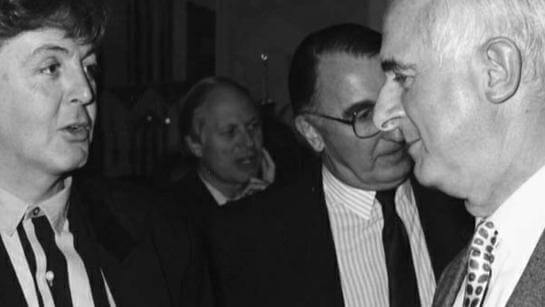 The obituary in The Times (9th March 2018) of Geoffrey Ellis, who was part of the Brian Epstein management set-up for The Beatles, mentions that he wrote a book about his experiences in the pop world and cleverly used a Beatles song for its title.

Although The Times did not mention us, I Should Have Known Better, as Geoffrey’s memoir was called, was in fact published by our company, Thorogood Publishing Ltd

I can well remember meeting Geoffrey Ellis, to discuss the project and realised during our conversations that the business end of music in those days was a ‘make-it-up-as-you-go-along’ process. As a result, Geoffrey in life, as in print, had great stories to tell.

He took great amusement in pointing out that, ironically, he did not think too much of pop music, but his life was, of course, as directly affected by it as other people’s lives have been through listening to it!

It’s all a different world now, where the commercial side is so dominant. I suppose Geoffrey was one of the first ‘suits’, but those four young guys from Liverpool certainly benefitted from his business nous.

Respect, Geoffrey, and thanks, from Thorogood.

Image from The Times article